A divided appellate court upheld a federal court’s finding that spa chain Massage Envy had not deceived customers who complained their one-hour massages consisted of only 50 minutes massage time.

Kathy Haywood, of Illinois, and Lia Holt, of Missouri, filed a federal class action lawsuit against Massage Envy claiming its advertising was deceptive and misleading. Both women had purchased one-hour massages from local Massage Envy franchises at an advertised rate of $50. Both women claimed the actual massage lasted only 50 minutes. 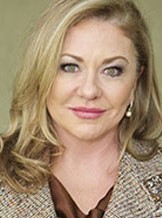 Though the online advertisements cited in the lawsuit include a disclaimer that states the one hour session includes a consultation and time for undressing and dressing, the women claimed the ads were misleading because the disclaimer was in small print or could only be accessed by clicking a series of links leading to pages of greater and greater detail. The lawsuit claimed “Massage Envy deceptively hid the disclosures where they were nearly impossible to find.”

The district court dismissed the complaint with prejudice, finding the plaintiffs did not meet the requirements for pleading damages under the Illinois Consumer Fraud and Deceptive Business Practices Act and the Missouri Merchandising Practices Act.

In upholding the district court’s ruling, Seventh Circuit Judge William J. Bauer, joined by Circuit Judge Ilana Diamond Rovner, noted Haywood was motivated to book her massage appointment because she had a gift card, not because of anything she saw in an advertisement. Her claims failed because “Massage Envy’s representations regarding the one-hour massage session were not the but-for cause of any alleged injury,” the court wrote.

Similarly, the appellate judges wrote, Holt failed to plead she had lost anything due to Massage Envy’s deception.

“Holt completely fails to allege that a deceptive representation from Massage Envy caused her to suffer an ascertainable loss of money,” the court wrote. “There is no indication that it was Massage Envy’s deceptive advertisement that led her to book a massage at one of its locations.”

In a dissenting opinion, Judge Diane S. Sykes wrote that Illinois and Missouri law do not require the deceptive statement to actually induce a consumer to buy; it is enough that the deception existed, the consumers saw it and the consumers received something less in value than they were expecting.

“The complaint survives scrutiny … and the case should have been allowed to move forward,” she said. “The plaintiff’s claims aren’t worth much and I’m skeptical that the case is appropriate for class certification. But the case states claims for relief under Illinois and Missouri law and should not have been dismissed.”

Sykes also said the majority misunderstood the causation requirement for a damages claim under Illinois and Missouri consumer-fraud statutes. Fraud injuries can be measured as either out-of-pocket loss, in which the amount paid was greater than the value of the service received, or as “a loss of the benefit of the bargain,” in which the value of what was promised is greater than the value received, she wrote.

“The district judge applied an out-of-pocket method and dismissed the complaint,” Sykes wrote. “That was a mistake. …Haywood and Holt did not receive the benefit of their bargain (the promised one-hour massage), but they do not contend that they overpaid for a 50-minute massage.”